How much does THIS video have to do with today's market grief? Not for the faint hearted...how many minutes/seconds can you watch this video for?
Posted by lilith at 20:50 30 comments:

It has happened again. Ebay has lured me in and is exploiting my soft head. A lack of blog posts is in part due to spending hours "shopping" on Ebay and then, because I have spent so much money, I had to spend hours working out how to sell stuff back/get photos onto my computer from the Blackberry... Four years ago I bought a lot of china, in about 10 different lots, which I then gave away.... It is a dangerous pastime.

Then there is the Blackberry...I "upgraded" and am still trying to work it out..After 10 days I worked out how to put voicemail on. After two weeks I worked out how to get the ring tones I want, or at least ringtones I can stand. Elby said forlornly to Pig when I came home with over-specified mobile phone "Sigh, it's just you and me now, Pig"...I have worked out that people are not actually addicted to their Blackberry, they are just trying to remember how to get to their photos/messages/contacts... 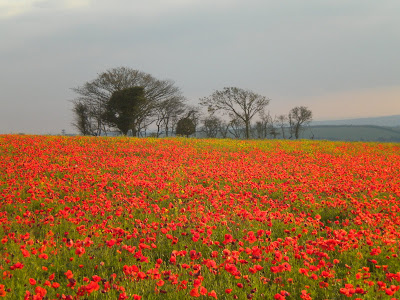 The house my great grandpa built 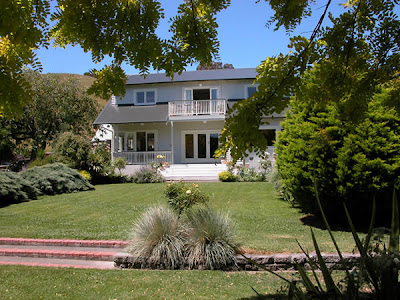 Scroblene has posted about his father and uncle building the houses he grew up in/next to. It made me think of posting this, which is the house my great grandfather built and my grandfather, and father and a multitude of great aunts and a few uncles all grew up in. They were farmers, mainly hay and sheep. The place is close enough to the sea to have been flooded by a tidal wave once, ruining the land for years. Sadly neither my father nor any of his three brothers took to farming and eventually it was sold after my grandfather and step gran died. I last visited when I was nine, and it had a red roof back then. Otherwise the view is the same. My dad brought us all over to England when I was 4 and now I am more English than the English (except that I still have that terrible colonial habit.. you know the one, a lack of pre-verbal censorship: things that would remain unspoken by any self respecting English woman, pop out ...)

Update: Here is a 9 year old Lilith and her little sister looking at the view from the farm. 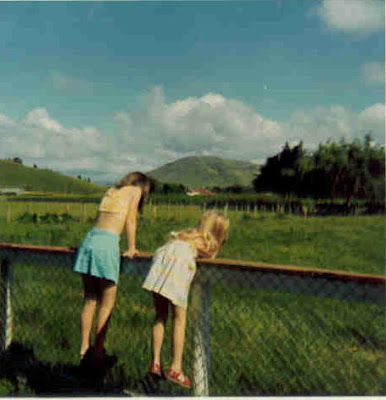 I received this email from the current owners..I would never make an historian:
Lilith

I came across your blog by accident and saw the picture of the house in the Esk Valley. Just to set the record straight, there was no tidal wave that flooded the valley! I think in your childhood you heard your relatives talking about the Anzac day flood of 1938 which did indeed flood the whole valley with sediment meters deep. I also think you are confusing the red roof of the barn with the house. The house roof was green from when it was built in 1947 to when we reroofed in 2004! I attach a picture of the barn that may bring back memories.


I do not have any photos from where you and your sister were looking over the fence but I have attached the closest which isfrom the house balcony. You will recognise the hills in the distance. I attach a picture from the hill behind the house to give you some perspective. 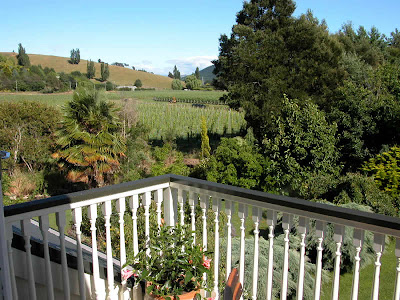 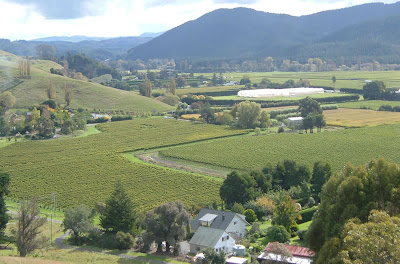 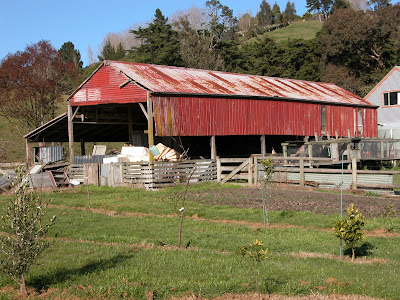