My first movie (well, not exactly)

I love this song, it has been going around my head for days. Then I discovered Windows Movie Maker and this is the result!

The song is Forgiveness by The Lonesome Sisters with Riley Baugus

Jack Torture is at it again 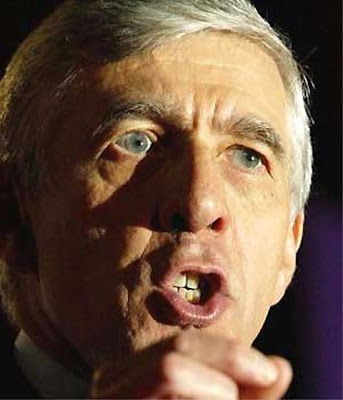 Blimey, you have to keep a close eye on these fuckers don't you?
Posted by lilith at 09:43 16 comments: 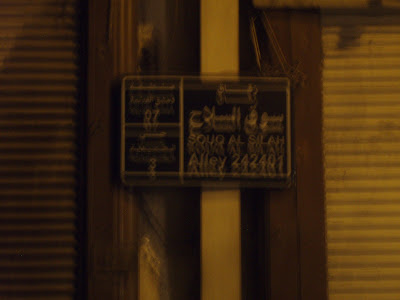 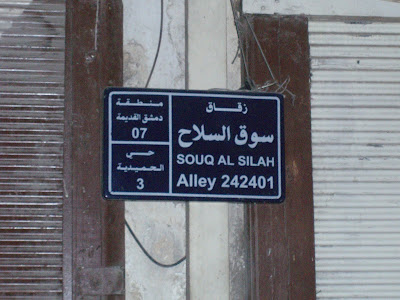 I liked the shopping, it is so different to here, with the dusty sweets: 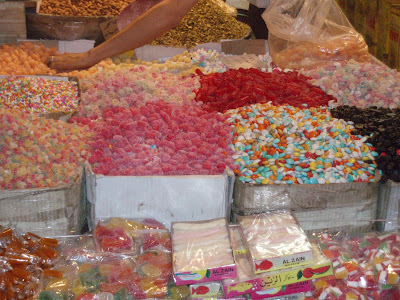 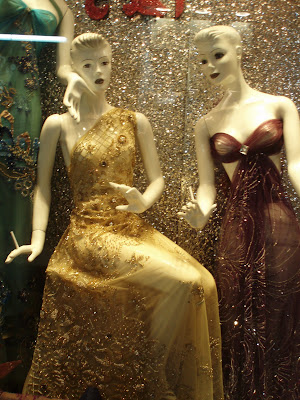 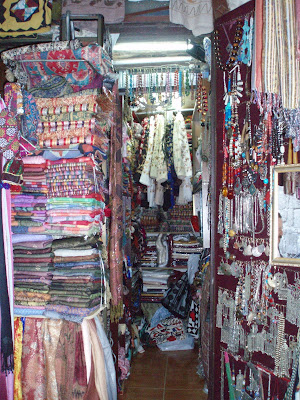 Old Damascus has a mixture of the very ancient 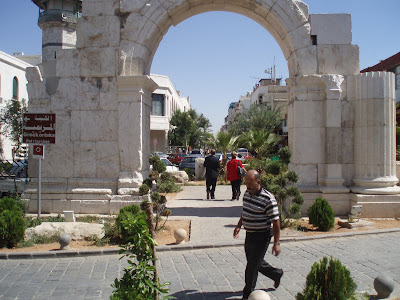 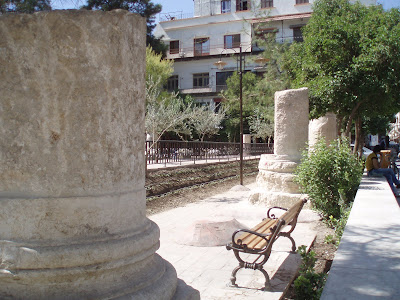 and the highly sophisticated. 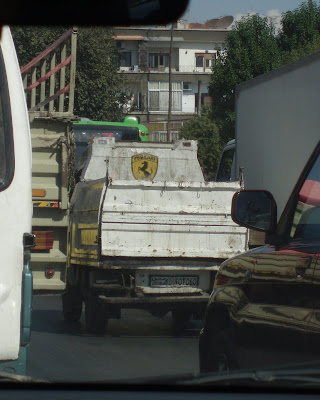 With many lovely things to look at or eat 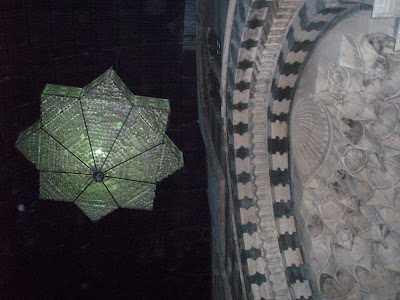 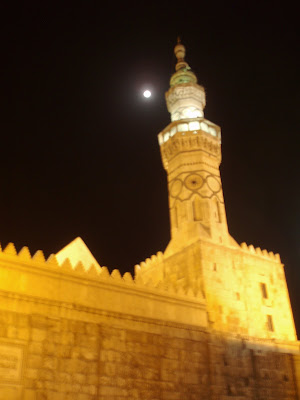 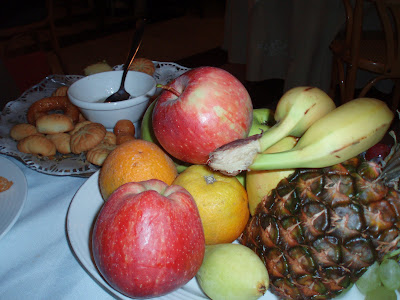 One of the oddest things we saw was in the inner most sanctum of the Convent of St Thekla.

There, hanging across a Madonna and Child painting over the reliquary, was a gurt big bling chain with a DVB (David and Victoria Beckham) crown hanging off it. These sacred crowns were available in the gift shop in gold or silver and the Crown itself was about 3"x2"....

For the uninitiated and blissfully ignorant, the DVB crown logo looks like this 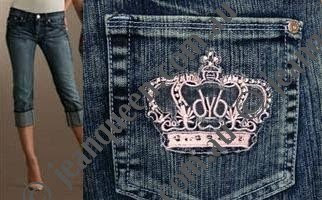 By the end of the 10 days my work was done. With Calfy safely married off 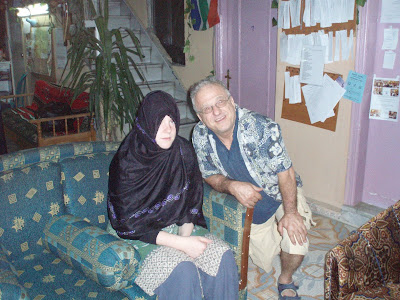 I could return home in full peace of mind. 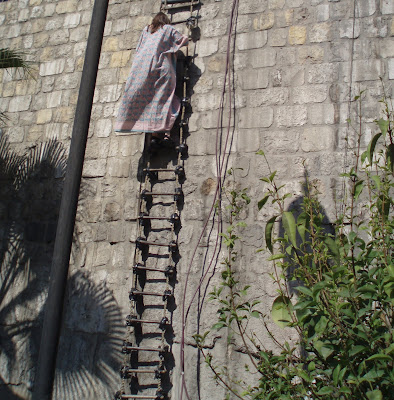 The first thing you notice about Syria, arriving in the dark, is that there are pictures of Mr Assad everywhere. 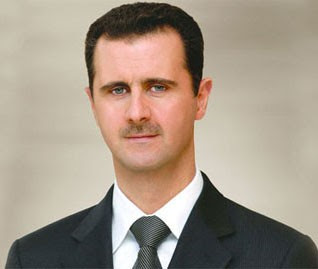 He was even gazing benevolently down upon us as we sat draped in a sheet, drinking sweet tea, in a Hammam. 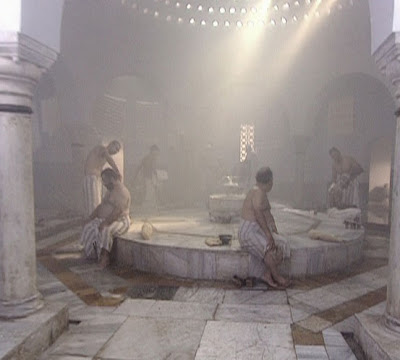 This is not a picture of the Hammam we went to, and obviously it was women only when we went, but I don't have a pic for you :-)

Syria is a police state, but this has some advantages over our own. For example, the people are forbidden for blethering on about religion, except in context, i.e. in a church or a mosque. This was refreshing. Also, Muslims and Christians and all their different sub sects seemed to get along fine, not simply tolerating each other.

What with the £ being worth two thirds of what it was (there are 70ish SYP to the £)and two million Iraqi refugees, never mind the Palestinians, the cost of accommodation in Damascus is relatively high. Hotels cost what they do here. We stayed in a Hostel (twin room, private shower, breakfast, extraordinarily helpful and friendly staff) for 40 Euros a night so we were in the budget range, but it was very conveniently located, welcoming and fun. They also met us at the airport.

Food is very cheap. We had a blow out meal at the best restaurant in the Old City, three courses and way more than we could eat for £30 on the last night. Generally we were hard pressed to spend a tenner on a restaurant meal and could buy delicious falafel wraps for 30pence and a freshly squeezed juice for 50pence. I thought "Old Holborn would love this..all his family could eat at the best restaurant in town for £15 a head!"

There were not huge quantities of European tourists, and most of those were retired French folk. The souk was used by the locals and not just tourists. Prices varied wildly but Calfy and I were fairly ruthless barterers...I don't mind bartering at all, in fact I have trouble stopping when I get back to the UK.

There were off licences in the Christian Quarter but I only drank on the last night, and then only a single lovely beer...alcohol is not at all practical in that searing heat and I didn't miss it. I also heard that Syrian wine is not up to much. Give me fresh lemon and mint any day. And so they did.

Calfy bought a pirate dvd of Shrek...it was an immaculate rip off offering Arabic, Arabic with English subtitles, English with Arabic Subtitles, English, French, French with Arabic subtitles etc.. and all the extras were on there too. £0.50. A bargain way of learning the language :-) We didn't buy any music as the performers don't get any royalties, but didn't mind Disney.

People were very helpful. Random strangers would help us get onto the right bus, even if it meant getting off the bus themselves and crossing the (alarming) roads with us, and flagging down the appropriate bus. We saw a lot of women in hijabs but it just seemed a very practical option with all the dust about, and combined with skinny jeans, Victoria Beckham style heels and as much makeup as you might see on a transvestite, hardly "modest" or oppressive.


I will see if I can organise a few holiday snapshots to bore you with and write some more soon. In the meantime, do visit Calfy's Blog as she is still out there and has a much better camera.

*
Beards have their (limited) place. They are acceptable if

A) shaving brings the face up in a ghastly rash that takes days to subside e.g. My mate Mark
or

B) if the chin is indistinguishable from the neck e.g. Jerry Garcia
or

C) the shaven chin causes the poor chap to be mistaken for 16 in spite of being 30
e.g. My mate Greg
or

D) the beard wearer just looks weird without one e.g my mate Electro-Kevin
or

E)the wearer is ancient and female


I am not a beard fascist and I am prepared to allow that there may be some other perfectly good reasons for wearing a beard, but being a nonce or a sky pixie enthusiast, or a lazy hippie with an illegal ponytail and a bald patch are NOT examples of them.
Posted by lilith at 20:06 32 comments: