Farewell for a while whilst I go get meself some culture. In the meantime this is another track that gets me dancing round the kitchen. I am not sad to leave the Labour Conference behind and fully expect Baroness Scotland to have resigned by the time I get back.

Labels: dancing in the kitchen, escape

Google, the font of all knowledge and truth.....

Try googling French military victories and press the "I'm feeling lucky" option and THIS is what you get....

Calfy sent me this screen shot too.... 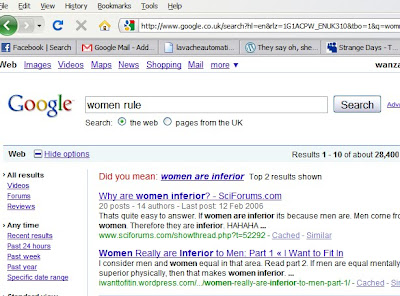 The morning after her acquittal Calfy sped off to Rome for a few days to refresh her spirit. As you do. Which was nice. 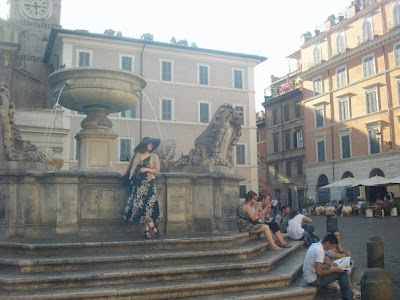 New Labour have finally made me ill. I think it's an ulcer.

Labels: cause and effect 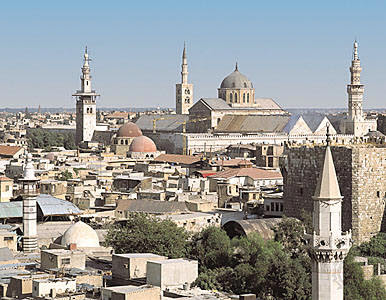 Last week I got an email from My Girl that was simply a flight booking confirmation. On closer inspection it appeared she has booked to fly to Damascus where she intends to study Arabic. After I had come out of a spin, I calmed down, talked to her father, and have booked to go with her! Only for 10 days, to satisfy myself that she is settled in her studies and to have a bit of a holiday, but as you can imagine, there is quite a bit to do beforehand. I hope to bring back a suitcase full of rose oil.
Posted by lilith at 07:42 29 comments: 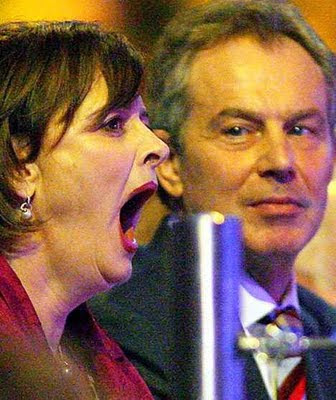 FUCK ME, JESUS. WILLYA JUST LOOKATHAT. AND ME A CARDINAL.

(Lifted from Call Me Ishmael, because it made me laugh and laugh)
Posted by lilith at 15:19 24 comments:

Dear Elby, who raised four lovely children who are now four lovely adults, three of whom work caring for the severely handicapped, worked hard to give his children a Steiner education. He was very involved, as the school operated on a shoestring and parental involvement was essential to keep the place running. He now has (well deserved but unplanned) time on his hands and was thinking of volunteering at the local Steiner school, with his wealth of experience.

However, he doesn't feel that paying a fee to the ISA is worth doing for the sake of offering the school his skills. A CRB check is one thing. A further ISA check is quite another. How very sad. Schools can't be expected to pay for these checks and why should volunteers have to find the money when they aren't even earning? For him to have these checks, I would need to find the money, something I am reluctant to do because I believe the requirement is pernicious, pointless and will not protect anyone except tax revenues.

What a waste of his skills and good intentions!
Posted by lilith at 10:59 16 comments:

Nightmare. The news that we are all suspected paedos, drunk drivers, smokers, and generally not fit to be around children really depressed me today. I occasionally work with children and many of the adults I work with could be described as "vulnerable" but I have no idea if this new legislation applies to me as every one I work with comes to me voluntarily and we have a private agreement that I try and help them.

Raedwald and Angels in Marble both blogged on this today, and so did Iain Dale and I am too frothingly furious to add anything coherent.

This reminds of a recent anecdote from Australia. It is a portion of an ABC interview between a female broadcaster and General Cosgrove who was about to sponsor a Boy Scout Troop visiting his military headquarters.

FEMALE INTERVIEWER:
So, General Cosgrove, what things are you going to teach these young boys when they visit your base?

GENERAL COSGROVE:
I don't see why, they'll be properly supervised on the rifle range.

FEMALE INTERVIEWER:
Don't you admit that this is a terribly dangerous activity to be teaching children?

GENERAL COSGROVE:
I don't see how. We will be teaching them proper rifle discipline before they even touch a firearm.

FEMALE INTERVIEWER:
But you're equipping them to become violent killers.

GENERAL COSGROVE:
Well, Ma'am, you're equipped to be a prostitute, but you're not one, are you?

The radio went silent and the interview ended.
Posted by lilith at 21:50 14 comments: 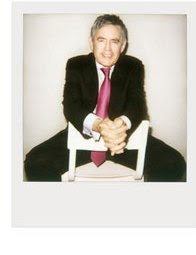 Obsolescence: Gordon Brown to expire in a month. 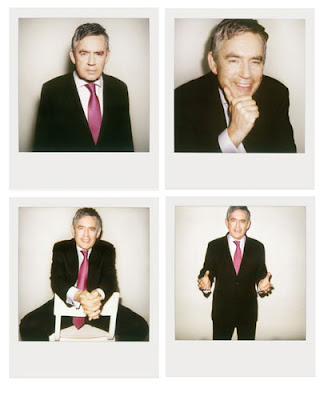 A spokesman for Polaroid said "We had to stop production. Only a few cranks and perverts will miss him. The technology is obsolete and nobody wants Gordon Brown anymore. Eventually all remaining polaroid shots of him will fade and turn blue"

Labels: The end of polaroid film

In the interest of balance