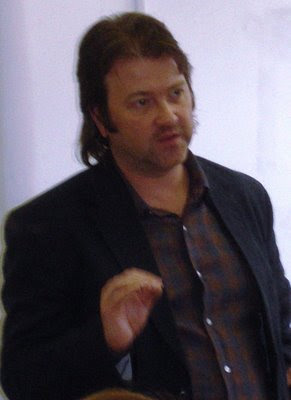 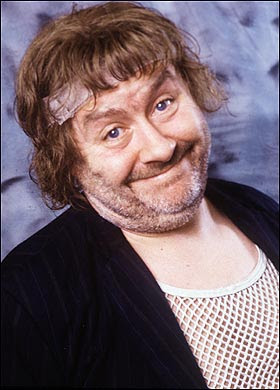 Dolly Draper
Posted by lilith at 08:27

No I'm sorry I can't have that - on looks I'd agree with you but Rab C Nesbitt does have some redeeming features in his character.

I like Rab. C. Nesbit. I have always considered 'Dolly the Sheep Draper' a prat!
Anybody heard from kevin? I've had my e-mail returned.
Auntie Trubes is most concerned!

Draper certainly has a face for behind-the-scenes activity. Rab had charm, character, and a damn-site more honesty!!

Draper needs a shave, a haircut and a good wash.

Trubes - EK is fine, he emailed me the other day so don't worry. As a family man with small children he makes the right choices I think - they come first, as you suspected. I'm sure he'll pop by when he can and surprise us all with a reminder of his wit and good humour. When we're not looking ;-)

I agree, Rab has the distinction of having some charm and wit. But the look is very similar.

"its not brooding, its campaigning, its how we achieve change "

Nope. it's how you achieve a pissed-off alienated electorate, where even Party members like myself have decided not to vote next time.

Get your head out of your navel, stop pushing your own agenda, and try listening to the things that people want.
Nick Weeks @ 12:50 am, Sat 14th Feb 2009

"well, you should be expelled then"

Derek Draper thinks Labour Party Members that are disgruntled and disillusioned by the Government and its spin doctors should be "expelled" from the party. That is the level of "debate" Dolly is after.

Pips, at least Rab has a vested interest, Draper's just a pillock.

Rab C is a TV jewel a profound, tragi-comedic creation; sort of predictably, he is written by an Englishman. Mr Draper is just a tragedy, written by himself.

Gregor Fisher who was lucky enough to play Rab declined further series in order to avoid being type-cast and to show off his acting skills in other roles; he didn't/

Some campfire tales for you at stan's blues.

Scrobs - aye that was my point.

Watch out for the pile of shit that is just about to be dropped upon his unwashed head(: