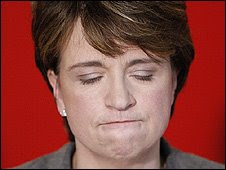 Poor Wendy was forced to resign today when the last two or three members of the Labour Party pinned her down and superglued her lips together. 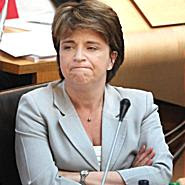 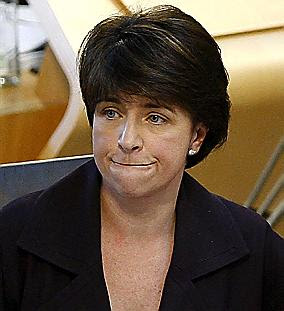 Labels: bravo, hurrah, Hush now I am listening to the silence

A bloke from Sheffield tells it like it is.

I always wondered what he was singing. Now I know.
Posted by lilith at 20:07 5 comments: 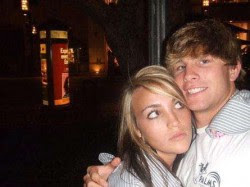 Charles Collingwood, who plays Brian Aldridge was not available for comment.
Posted by lilith at 14:59 4 comments:

Do check this video out.

Snap - The Power of Bhangra

I just love this. It may be old but then so am I. My favorite kind of multiculturism. 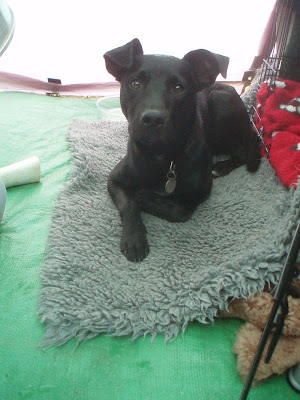 Hello,
Ma is typing for me, Pig here!

We had a big adventure. Ma & Pa (well, Pa) filled the car up with stuff. I was a bit worried but they put in my food so I didn't worry too much. (It turns out they brought all my toys too, and my bed. 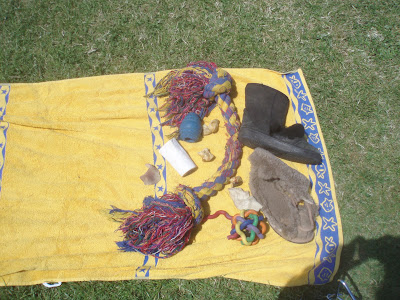 We drove for ever and came to the end of the world. On the way down we met Electro-Kevin who I LOVE and I HAD TO LICK HIS FACE. Ma says I'm her alter ego.

Here is a picture of me eating the bone E-K gave me. I LOVE E-K! 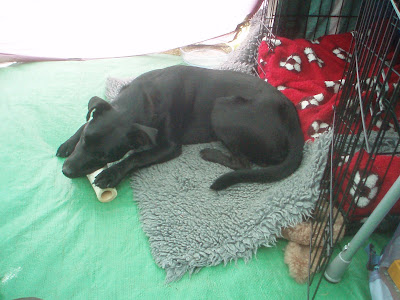 At the end of the world there were lots of rabbit smells and a big field full of canvas and nylon kennels with people and dogs and babies and sausages in them. Here I am helping Pa fix the tent. 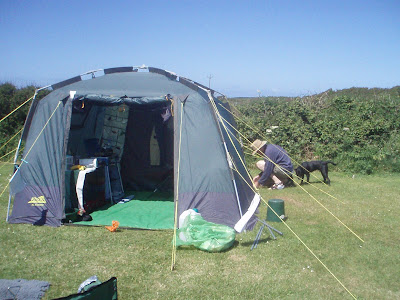 Across a rabbit field and down the cliff at the very edge of the world there was a huge sandpit and salty water that chased me, then ran away. 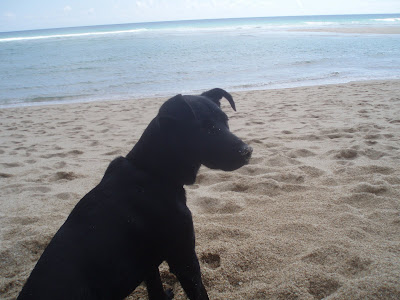 There were naked people on this sand pit and I joined in when I saw people standing in a row throwing balls onto the sand towards a smaller ball. They shouted at me. So I went and dug next to a naked man lying on the sand. Big Fun! Ma and Pa weren't naked. There were three big collie dogs and I wore them all out running round and round through the water and accross the sand. I got quite tired. 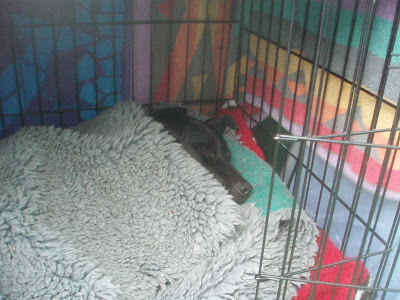 We all slept in the big kennel. Every day we went for lots of walks and I was allowed to do a prewash, which doesn't happen at home. 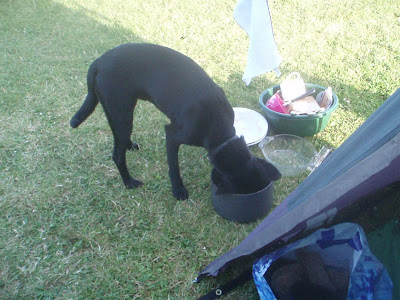 This is Bracket. He was great fun. We went mad together. 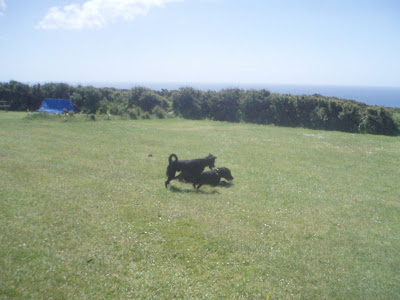 Pa also gave me sausages. This is what the beef stew looked like before the bastards ate it. 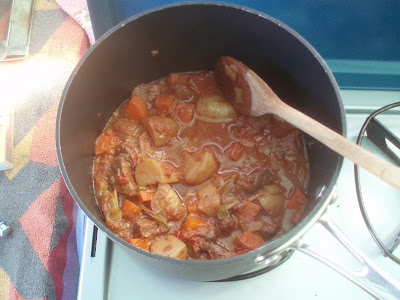 Sometimes I sneaked into Pa and Ma's basket. I took Kev's bone with me. 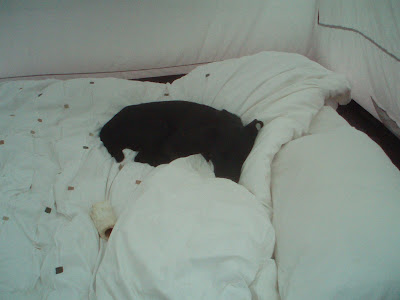 Here are some curious things we saw 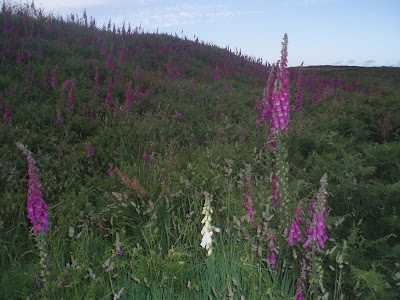 What is this? Pa wouldn't let me eat it. 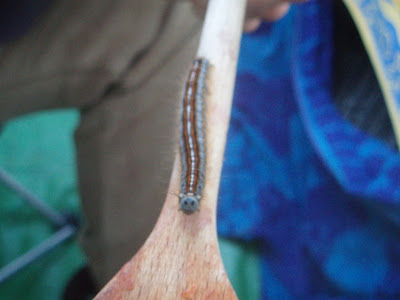 Pa didn't want me to knock this over. 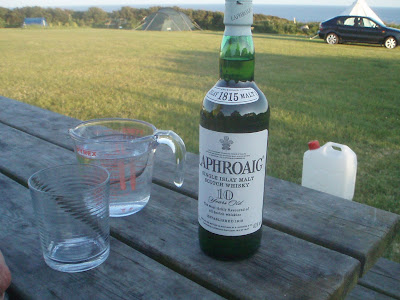 A foxglove growing in a tree 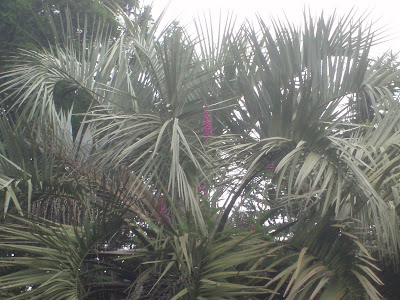 A lake in a garden we went to. Ma wouldn't throw sticks for me. 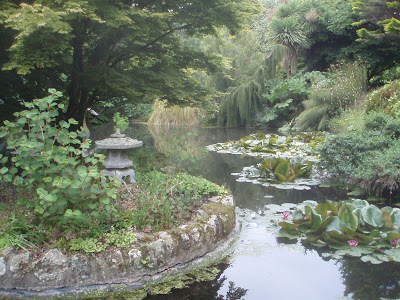 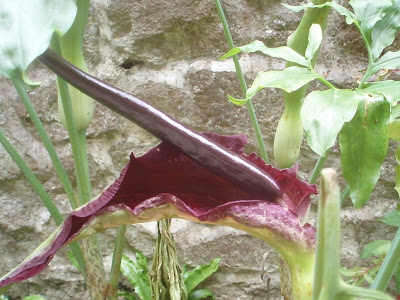 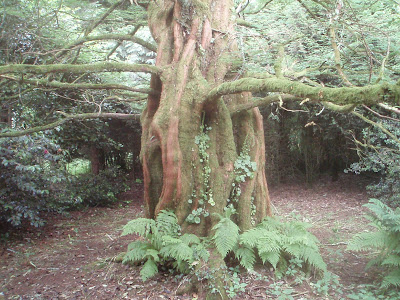 I think they slipped something in my kibble. 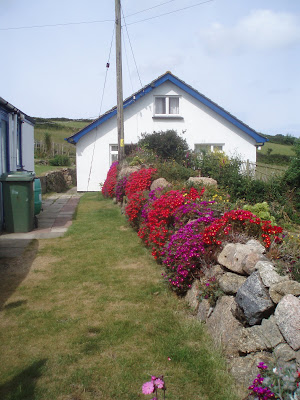 My gorgeous girl, who should have being doing a History A level today was arrested yesterday whilst demonstrating against our loss of civil liberties. She went off to demonstrate at about 5pm yesterday carrying a placard saying Gordon Brown is a Dangerous Cult with a couple or school friends. Her Granny was coming up to help her revise and sort herself out so My Girl planned to be home by 8.30.

At about 1 oclock today she was released, charged with Affray and Assault. "What did you do?" I asked. "Nothing" she says, "just that I was wearing red and at the front." I said if you assaulted someone there would be evidence. She says "Right, I am not worried" What about Affray? "Well, I did call a policeman a bastard when I saw him battering the hands of a girl with his stick"...

So she was in the wrong place at the wrong time, nevertheless exercising her right to protest. What really bugs me was that although My Girl requested that her Aunt and Granny be informed of her arrest, none of us knew where she was until she rang me at 1pm today. True, I was reassuring myself that she was probably safe in a police station, but having a 17 year old go missing in London for 17 hours is not a comfortable experience. And will she get that Foreign Office Fast Tracking now?
What's that you say? Lots of teenage girls being criminalised? Yes. My Girl almost never swears, and she will have been very shocked.

Just spoken to her again. Apparently the plod taking her details asked her to marry him and said he wished they were all like her. He asked her how she would describe her build; "womanly" was the response. That wasn't on the list so he had to make do with medium. The officer said he hoped there was "refined" on the list for accent but they had to make do with "cultured" instead.

She was woken every hour in the wee hours to see if she was yet prepared to make a statement without a lawyer present. Sensibly, she wasn't, and when she did get one she made no comment at all.

Update: If anyone knows any shit-hot lawyer it would be a real help to have some names.
Posted by lilith at 13:51 64 comments:

Thank you for all your good wishes...looks like we will be pitching the tent in a rainstorm. However, I am really looking forward to taking Pig camping.

In the meantime Tuscan Tony has sent me a picture of the Hitch, who seems to be settling in nicely. 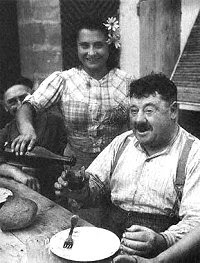