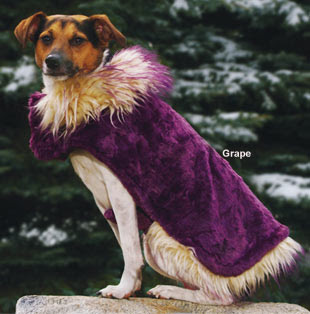 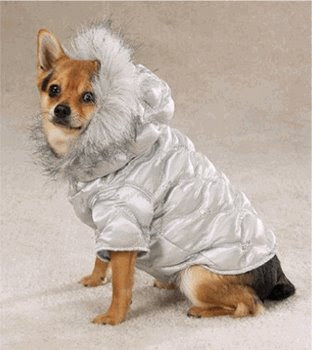 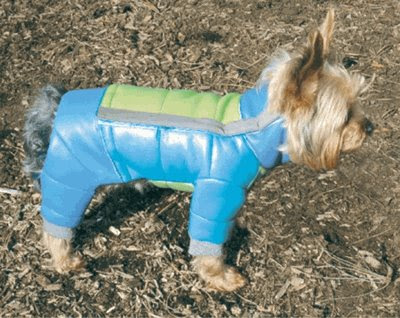 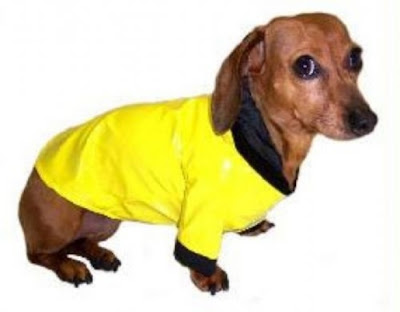 You are a much nicer woman than me! When I saw that my ex-fiancee had been spreading falsehoods all around the place, I put a pox on him;-)

Nicer? LJ? I don't think so...Metody will be plagued with dreams of dogs in coats, inbetween tearful outbursts..

Not dreams, Lilith, but nightmares.

If God had meant dogs to wear coats he would have given them shoulders.

Ah Lilith.. you're a cleverer woman than me then!

Hey up Chikys I`m totally confused, why does the Quasi man keep appearing, Put a "pox" on all bad people, say I !

All over to Trubes for a Christmas laugh !

Lots of love to you Lilith, Elby a Pup Pig, and most of all, Darling Daughter. xxxxxxxx

Hee hee I love the look on the last dogs face!

Metody, I take it back, but nostalgia never did it for me.

Pip, the dachshund is the best :-)

i will have to get pics of my dogs in their christmas garb and post them...they wait every morning to get them on...probably because i keep the heat low...lol

The doggy in the blue jump suit is standing so ... provocatively.

Lil...JRT says her collar is all she needs!

What are you doing Gal!

Actually, she sometimes has a waistcoat thing when she's in the Pinetum, as she always chases squirels and birds, and my arm is usually hanging off after an hour!

This makes glass lifting a problem...

On the other hand, so what; there's been a fantastic response to the Lapland Experience there, and we're all for it!

OMG Daisy! Do it.

I agree E-K. I am tempted to buy a yorkshire terrier just so that I can get it that jumpsuit.

Scrobs, and very smart she looks too! I did see a dog tshirt once that just said Security on it. I thought that was good. But the sheepskin booties I saw on a whippet in New York had a similar effect on me as seeing a dog in a coat had on Metody.

Christmas holidays are here officially today so I am shlepping about a la Tony Soprano in my bath robe drinking tea, as is my wont.

No more risque conversation for me then! Does risque blogging cause cancerous fingernails? Hmn.

I should get a puppy and go for long walks in the fresh air. Actually all these pictures you keep posting look so great it's made me consider getting the poppets a dog but after some thought I'm content to be inspired me to walk to school in the new year.

The bath robe look isn't complete without a cigarette, or at least a jos stick and a can of special brew.

the look on that last dogs face says it all
"FFS have a child and stop dressing me like a twat"
I used to put coats on my first two dogs, the last one, ARCHIE
took one look at his new coat and gave me a "put that on me Nick and you die" look.
So from then on he went as nature intended.

No, Hitch, I disagree. That's a look of apprehension, that is. Something nasty has been done to that dachshund in the recent past, perhaps more than once, and it is about to happen again.

Hence the raincoat, Dennis. I want to rescue him/her.

For once I agree with the Hitch - they are dogs not people and need to be treated with due respect - they also don't want to listen to endless monologues which they don't understand.

I agree with the Hitch on this too Anony. Although the second part of your post very much applies to humans as well as dogs.

I have the bathrobe look totally down Pip :-)

You probably won't see this given the vast number of comments your dogs in coats have generated but I have stuck a link to you on The Daily Brute.

I am very jealous.

PS, For Greatful Dead do you mean Grateful Dead?

Why thank you Creator! And I am totally carp at spelling and you are right. Feel free to put me straight. I shall link right back.

BTW I happened across this - I have no words.

The one in the flourescent coat looks like he's been on traffic control duty all day, and has seen a few near-misses.

Have a good Christmas.

Merry Christmas to you and yours.